Why You Should Watch Madoka Magica

So not too long ago, I started watching Madoka Magica on my magical girl withdrawal. (Hulu really has been too good to me.)

And it is the most confusing, darkest, incredibly sinister anime I've ever experienced. Admittedly, I don't devour anime as easily as other things.

But when the genre of magical girl popped up, I thought I'd be watching an adorable anime about middle school girls dealing with love, their changing selves, and their duties to fight evil.

Madoka Magica is so far from the safety of adorable bunnies and hearts. In fact, SPOILER, in the first episode the mentor, or gatherer of magical girls, is nearly murdered by a magical girl. 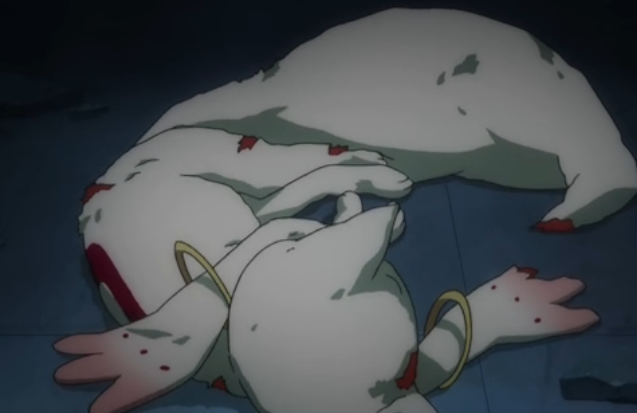 The whole series, lasting only 12 episodes, is wrapped around the horrors of the contracts they made to get a powerful wish and become magical girls instead. Fighting things known as witches, inevitability that the protagonist is constantly fighting, and really just a very dark play on self love and selflessness.

The entire series is one emotional conflict after the other. Every episode balances on knife edge. If you love suspense, love darkness, love devil like contract making ferret mentors, this anime was made for you. JOIN ME. 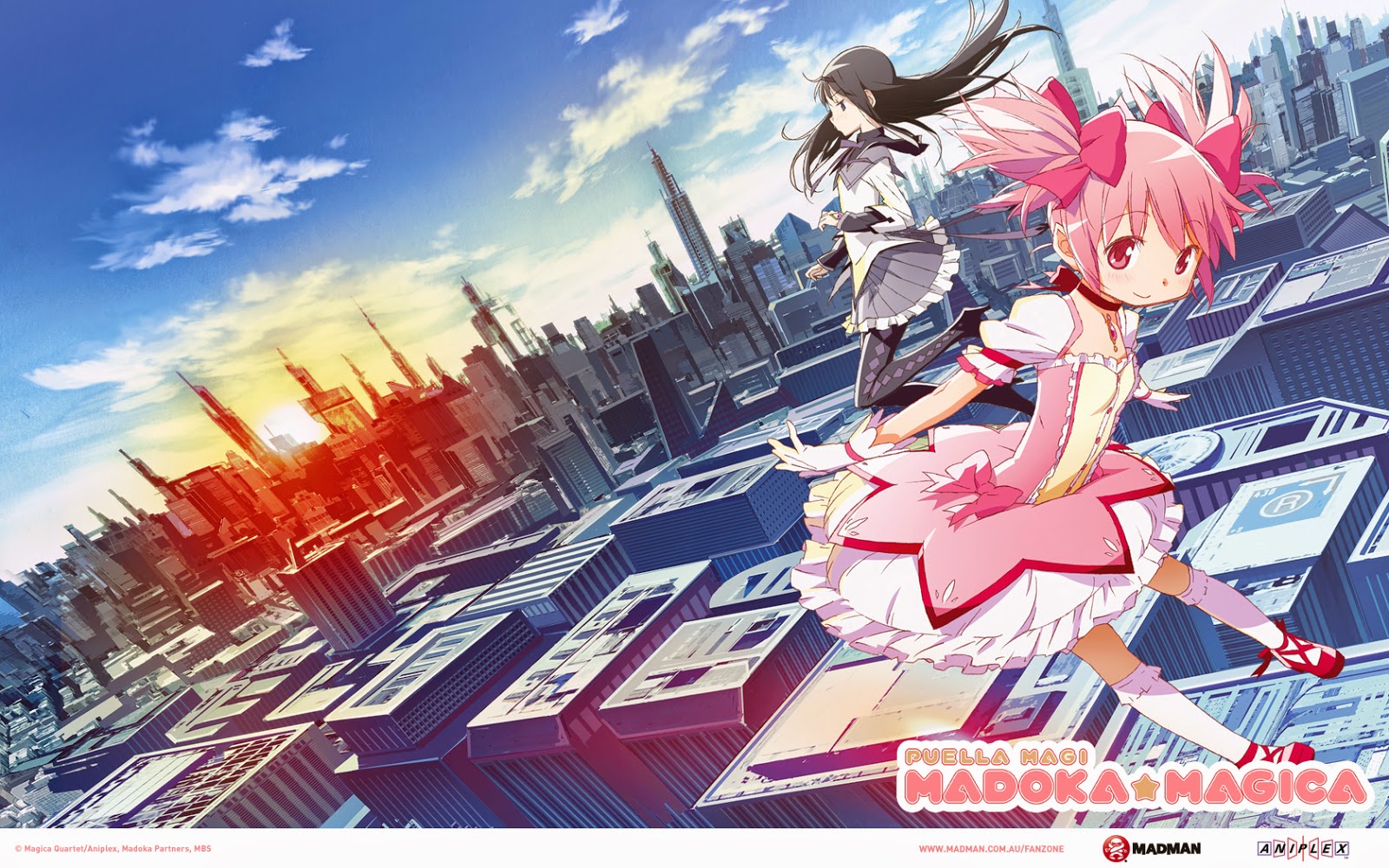 ebelleful
The Girl blogs about fantasy books, wonderful authors, and random stuff. She loves talking. Check out her Twitter: https://twitter.com/ElyanaNoreme.

I've been mini-posting, just little things so the blog doesn't go flat dead again, but today I have a better, longer post!

First of all, did you notice how pink it is? I'm sorry about your eyes but at least I couldn't get it to spew glitter.

For those of you wondering, yep, I did the background on my own. I cannot recommend the app PicsArt enough for those of you artistically inclined and on the go. Works better on tablets but I've seen magic happen on the phone as well.

Anywho, besides pink and Sailor Moon, which I just colored the other day and still need to give a black outline to, I've done something naughty.

I've had this thought rolling in my head. You know, after kind of picking through the blog, looking to update posts so that they look a little healthier (and avoid sitting down to write something original)

I ran into the eleven-book story that I wrote as an angsty, unhappy teenager. Back then, I kinda used it more like therapy because I really was good at hiding my feelings even for myself. So I kinda wrote myself in circles until I realized something about myself.

Well, I thought it was pubbing material, let it alone to cook, came back, didn't know how to fix. Over and over again until I moved on. And now, a few years later, I realize I no longer want to fix it. Or change it or anything.

I'm not going to bash it, because I think that's horrible, but the way it's written is the only way it ever will be. But, guys, I've totally just put up on Wattpad.

I've been debating. No, don't put it up! and Oh, I used to want others to read it. and Dude, the reason no one has is because...look at it.

Gothic, passionate romance, lots of love interests (not all at once, I swear) and plenty of drama and fighting. Because I love physical conflict.

Oh, I am going to get my butt handed to me for pubbing this. Maybe when I want to be published in the future, the industry will be so disgusted with me they will send me a form rejection. Before I sub/query, but when I was a teen and even now, all I wanted was to be able to gab to someone about the things the people in my head were doing.

And counselors and psychologists aren't quite as enthusiastic as readers. So you know, I am sorry to Wattpad. I didn't do it because I thought ill of them or that their stories were cheap and wanted to add mine to the mix. No. I added it there because I am way too lazy to keep another blog with the chapters, and the makeshift cover I made for the story looks so cute sitting there under Works. So I am sorry to the writers and authors on there. Readers too if you find it offensive.

It's not that I think the craft is simple or that I can just drool on a paper (virtually) and publish it. I'm not looking for monetary gain. I'm just putting it out there because once upon a time, I promised it would be pubbed.

So there. That's my big secret.

I do not condone my behavior or appreciate when someone makes me buy something in less than perfect quality but it's there for the world.

ebelleful
The Girl blogs about fantasy books, wonderful authors, and random stuff. She loves talking. Check out her Twitter: https://twitter.com/ElyanaNoreme.

Look What I Drew!!

Usagi in episode 34, right after she exposes her secret to Mamoru Chiba in order to save him. That episode is my fave!!! 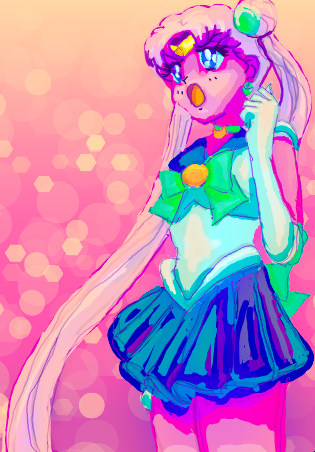 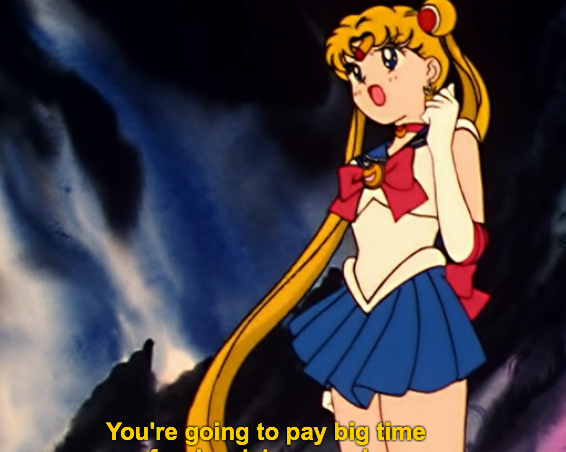